This is one of the most fascinating things about Bitcoin. Its genesis as far back as Satoshi Nakamoto and its Cypherpunk roots has instilled this libertarian ideology behind its development.

This leaves Bitcoin at the whim of those reporting on it. Its constantly gets bashed in the mainstream media. It gets called a fraud by banking CEO’s. The ability to purchase it gets banned by an entire country. Bitcoin, quite simply, relies on its incredible community of believers in its mission to support it.

The community behind Bitcoin is unyielding. It is resilient. It only gets stronger when Bitcoin gets called a fraud. Bitcoin relies on this community to report on it factually, and to inform and educate the world on its developments, its issues, its wins and its losses. Bitcoin education and communication is arguably one of the most important aspects of Bitcoin and its growth.

How Does Bitcoin News Get Shared?

Because of the distributed nature and its architecture design, Bitcoin has political, economical, technological, societal, and even psychological aspects to it. These aspects see stakeholders interacting with the system in some way. Some of these stakeholders are;
• Bitcoin Miners
• Investors
• Users
• Politicians
• Merchants
• Banks
• Businesses
• Developers

As you can see, there are a lot of stakeholders that interact with the Bitcoin network in some way. Because of this, Bitcoin is easy to talk and report about. There is always something happening that can be shared with the world.

The short answer, yes. Bitcoin news does affect price, but the extent to which really depends on the market at the time its shared.

In a nutshell, when the Bitcoin and cryptocurrency market is surging in value, like back in December 2017 and January 2018, news has a huge effect. Why is this? Well, it’s related to market psychology. When the market is bullish, prices are going up, and people are making money, something called irrational exuberance takes place. Ill let the figure below explain it. As you can see, when a market cycle its nearing its peak, euphoria is in the air. During this period, any positive news can have a huge affect on the price.

On the 1st December, the CBOE futures contract was approved to begin trading on the 18th December. The event was a milestone in Bitcoins history, as this was one of the first major Bitcoin financial products to be approved. As we can see, the Bitcoin price climbed from December 1st all the way to the 18th. Not surprisingly, the price began to decline immediately after the 18th as the ‘hype’ of the news started to rapidly wear off.

In early September 2017, around the 5th to be exact, China banned initial coin offerings in the country. This made conducting an ICO in China illegal. Right as this announcement was released, the entire cryptocurrency market dropped from $162 billion total market cap, to $136 billion.

There is no doubt, the cryptocurrency market was due for a healthy correction following the December and January highs. But one cannot deny the continuous negative press coming from regulators and the effect it has on the crypto markets.

Firstly, lets explain market sentiment. This is the great explanation given by Investopedia.

“Market sentiment is the feeling or tone of a market, or its crowd psychology, as revealed through the activity and price movement of the securities traded in that market.”

So knowing this, its gives us a good grounding as to how the market may react following positive or negative news. The level of reaction, or the intensity, is generally correlated to the market cycle.

I bet you didn’t think we could go even deeper on this. Well, we can, we can go much deeper. Let me explain.

We know News affects prices, and this level of effect is based on the market cycle psychology. We also know that News and the prices of Bitcoin affect market sentiment. Well the next layer is ‘public interest’. Public interest can be measured by how interested people are in a topic.

To analyse this in a simple and efficient way, we can view how much traffic, or ‘searches’, people are conducting for Bitcoin or Bitcoin News on any given day. We can do this using Google Trends, which lets us analyse certain topics and their relevant global traffic.

Here is a snapshot from a Google Trend search. To make a reasonable comparison, I searched for “Bitcoin News”, “Apple News”, “Amazon News”, and “Facebook News”. Bitcoins searches on Google during the later months of 2017 are huge. And see just how stable the searches for Apple, Amazon and Facebook were? What this demonstrates is the strong correlation to Bitcoin News, bitcoins price, market sentiment, and public interest. It’s almost like a self-fulling prophecy, and quite frankly its fascinating.

The Many Lives of Bitcoin

Over the years, Bitcoin has been hilariously declared dead over 300 times. When various mainstream news outlets cover Bitcoin News in a negative light calling for its demise, it gets added to the Bitcoin obituaries.

One of the most famous is when Jamie Dimon, the CEO of JP Morgan, called Bitcoin a fraud. Comparing Bitcoin to tulips in reference to the Dutch Tulip Mania, Dimon went on to elude to only murderers and drug dealers using the currency. 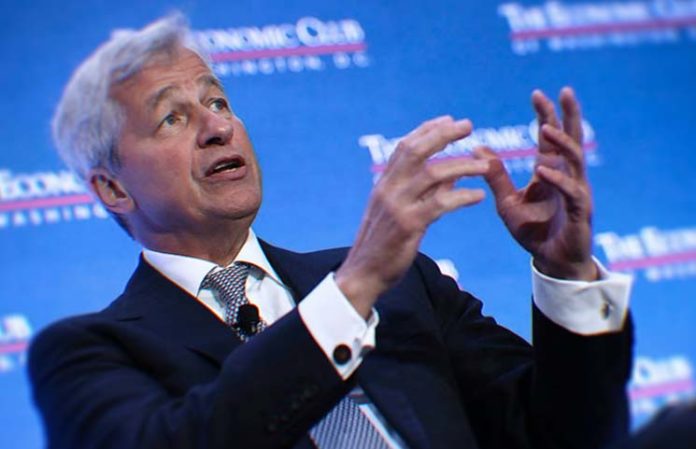 Amusingly, he actually publicly stated that he regretted making that statement not long afterwards.

So great are the attacks on Bitcoin over the years, the death threats have become commonplace. For those in the industry, we shrug it off and have a chuckle. Bitcoin is a honey badger and just refuses to die. Beau is the Founder and Chief Editor at Cryptocurrency Australia Media. CCA Media is an educational platform designed to help anyone learn about cryptocurrency investment and blockchain technology. Beau is also the Founder and Principal Consultant of Blockchain Management Solutions, a specialist technical and project management consultancy, is an advisor with blockchain incubator Masternode Ventures, and is an advisor with THORChain, a new decentralized exchange protocol.